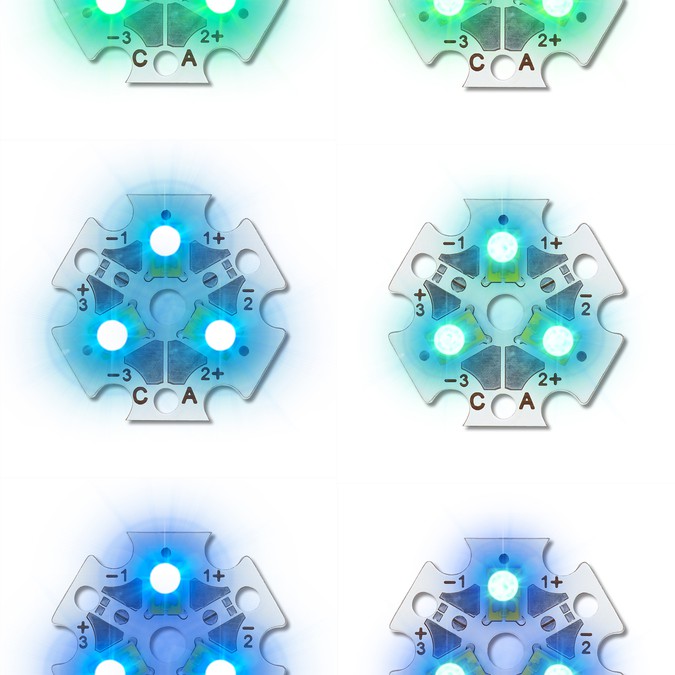 Quadica needed a new art or illustration design and created a contest on 99designs.

A winner was selected from 87 designs submitted by 29 freelance designers.

Entries from this contest 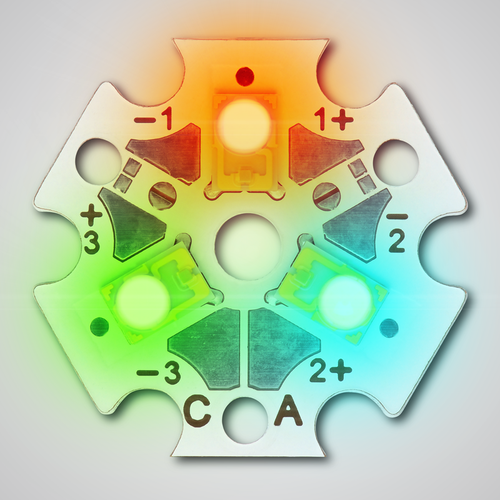 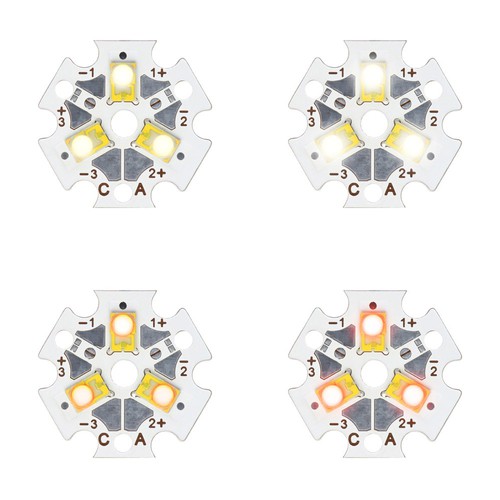 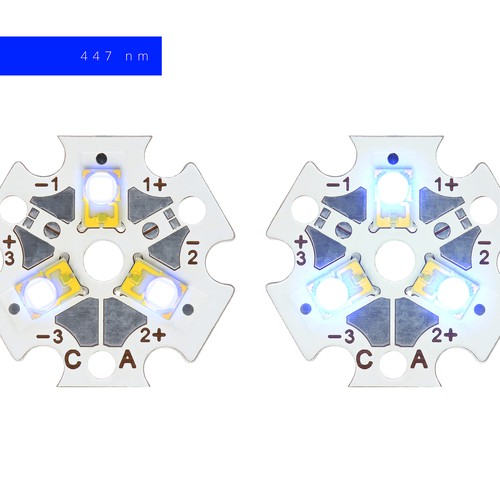 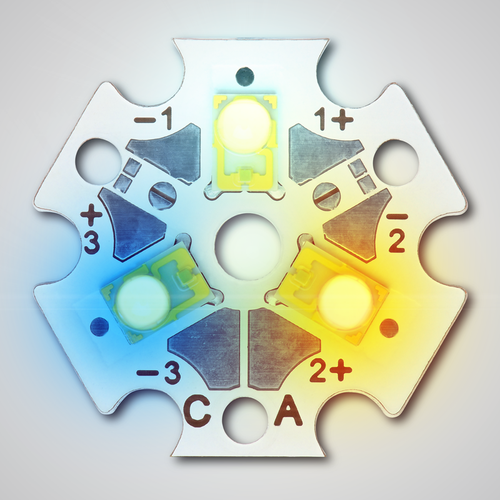 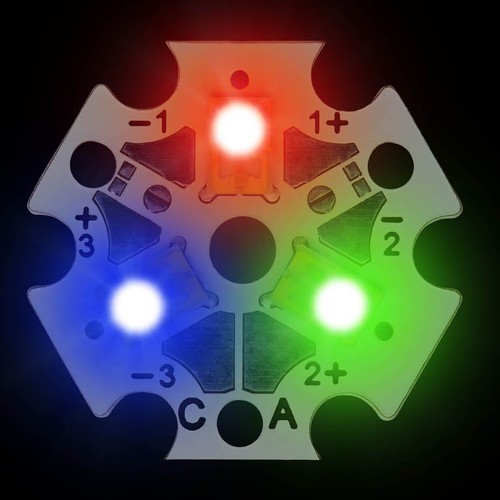 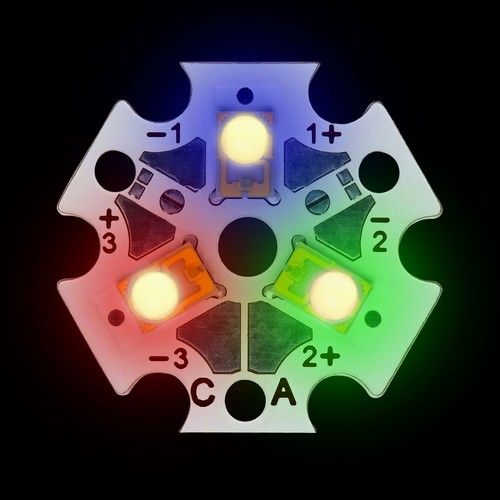 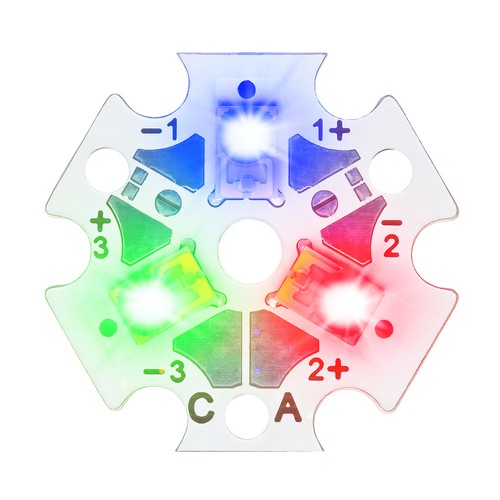 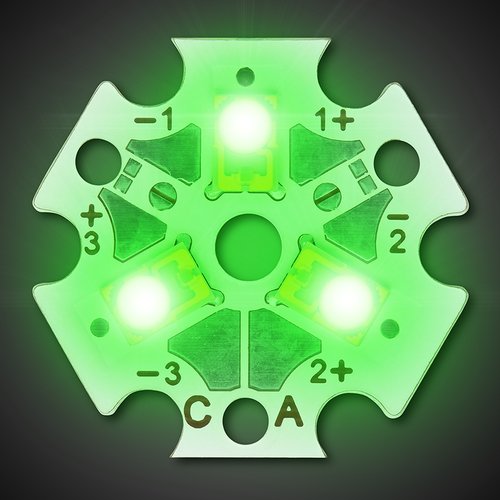 Some of the designers who made it happen

Finalist - saisxy16
Very fast process, maintained conversation very well with updates regularly. He’s a very talented artist that I’d be happy to go back to in the future!
- Josh Gibbens

How Quadica started their other art or illustration journey

Who are you known as?

What industry do you think your business is most related to?

We produce and sell high brightness LEDs, LED assemblies and supporting components to companies, universities, R&D groups and hobbyists all over the World.

What inspires you and how do you envision the design for your business?

We need realistic looking, colored light effects added to a photo of a high brightness tri-LED module that we sell. (tri-star-led.psd)

There are three LEDs mounted to the module as shown in the supplied tri-star-led.psd image. Each LED needs to be 'illuminated' with a different color. The instructions layer in the provided Photoshop file shows the light emitting areas of the LEDs.

1. Low, the light is just barely turned on. Similiar to the sample-star-led.png image.

2. High, the intensity of the light beam is such that it would obscure the LED itself.

The same two effects (low and high intensities) are required for nine different colors of light. The provided led-colors.psd file shows the colors that are needed.

The sample-star-led.png image provided with this request shows an example of a low-intensity illumination effect. However, we are looking for a much more realistic rendering than shown in the sample.

The image that you deliver will be reused for other LED modules. So a fully layered Photoshop file is required so that we can copy the same lighting effect to other modules.

The lighting effect must be as realistic as possible. Final images will be used on our website against a white background.

We saved a spot for your other art or illustration contest.

Get started now
Easy tessellated landscapes
SGD 489
This will be landscape for a game
36
entries
10
designers
Design a graphic for a Computer/Network Forensic "Challenge Coin"
$899
We are in the process of designing new coins for all of our courses here at the SANS Institute Digitial Forensics and In
71
entries
12
デザイナー数
Minecraft Artwork
US$349
Game server hosting for Minecraft
43
entries
15
designers
Design Crowns for Augmented Reality Lenses
$349
The first AR platform for deploying captivating camera experiences at scale. The Camera Experience Manager, our flagshi
97
entries
22
designers
Iconography needed for a charity app trying to help the world!
$499
We are a company focused on connecting people with the charities and causes that they care about. Our target audience is
50
entries
18
designers
Tech company corporate office full wall doodle/mural design
899 $US
Anokiwave is a semiconductor company specialized in the design of millimeter-wave (very high frequency) integrated circu
56
entries
16
designer graphistes
Learn more about art or illustration design
See how it works